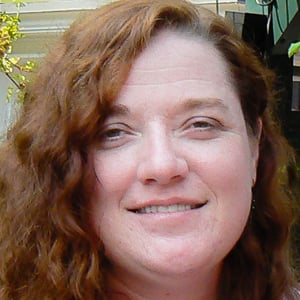 This recipe is featured in Hobo Stew and Banana Boats

My mother used packaged brown gravy mix from the supermarket in this recipe; at that time there were several popular brands. There is now a wide variety of instant gravy mixes available, including gluten-free organic blends. There are also recipes for making your own, including one that includes coffee and paprika for appetizing color and flavor.

1. In a large soup pot, heat the oil and sauté the onions until tender. Add the ground beef and bacon and cook until the meat is browned and the bacon is beginning to crisp.

2. Add the gravy mix, corn and its liquid, kidney beans, and potatoes. Add just enough water to cover. Simmer until heated through. Season with Worcestershire sauce to taste, and serve.

Debbie Baughman currently lives in Rochester, New Hampshire with her husband and two children. She grew up camping and backpacking in California and around the western United States. She is a Program Analyst, soccer mom and avid knitter. For many years her vacations were spent camping in national and state parks around the country, but these days she looks forward to an annual camping trip at Acadia with her family during summer vacations.