Roast Leg of Lamb with Minted New Potatoes and Honeycomb 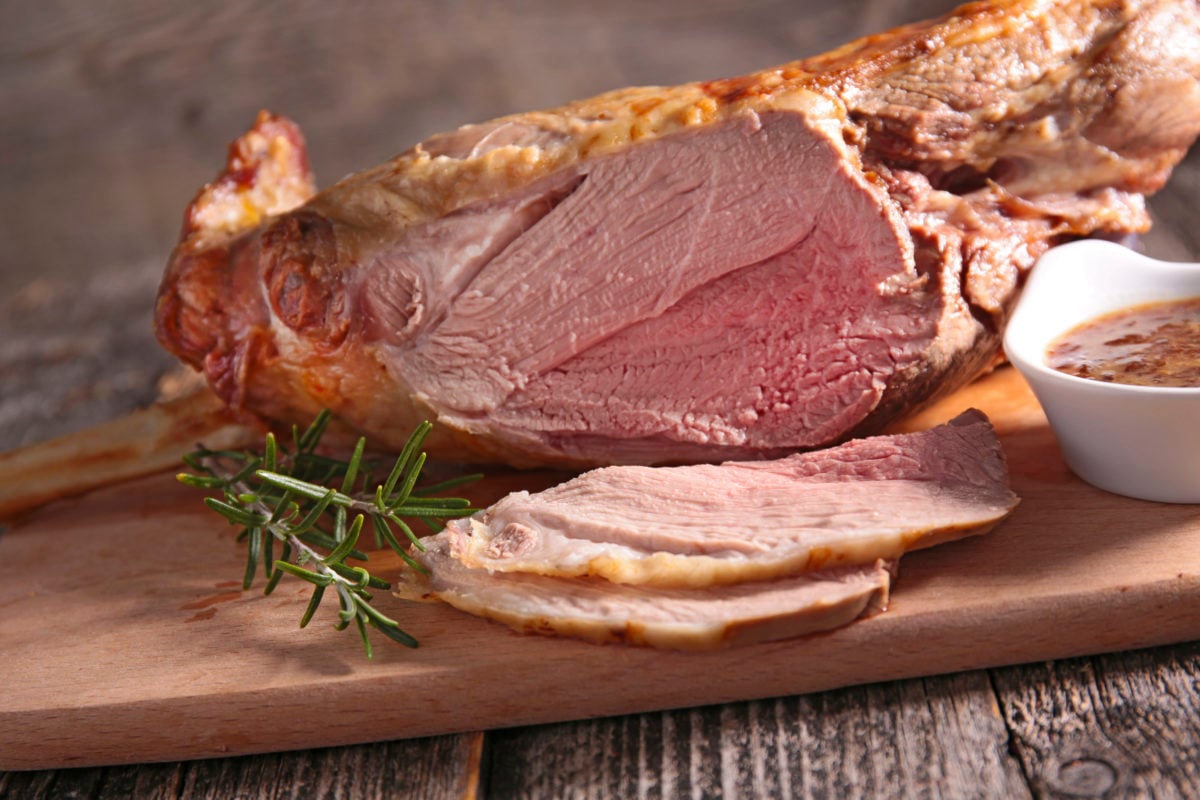 This recipe is featured in Wales: Britain's Best Kept Secret

This classic dish, with an abundance of Welsh specialties, is reminiscent of my memories of the Welsh countryside. I don’t recall having a honeycomb garnish, but there were honeybees that had taken up residence in the stone chimney of my grandparent’s cottage. We only realized it when honey began to drip down the stones.

1. Preheat the oven to 250°C/Gas mark 9/475°F. Snip the rosemary and thyme into small sprigs. Using a small knife, pierce six or seven holes in the lamb and stud with the rosemary, thyme and garlic. Season the lamb with salt and pepper and roast in the oven until medium-rare (about 1 hour) or cooked to your liking.

2. Towards the end of the cooking time, cook the potatoes in boiling salted water with three of the mint stalks, for 10–15 minutes or until tender.

3. Place the peas in boiling water and bring the water quickly back to the boil. Cook until just tender, 2 to 5 minutes. Chop the remaining mint and mix together with the warm potatoes and butter.

4. Carve the lamb and serve with the potatoes, peas and a scattering of fresh honeycomb.