Learning to Cook with Granny 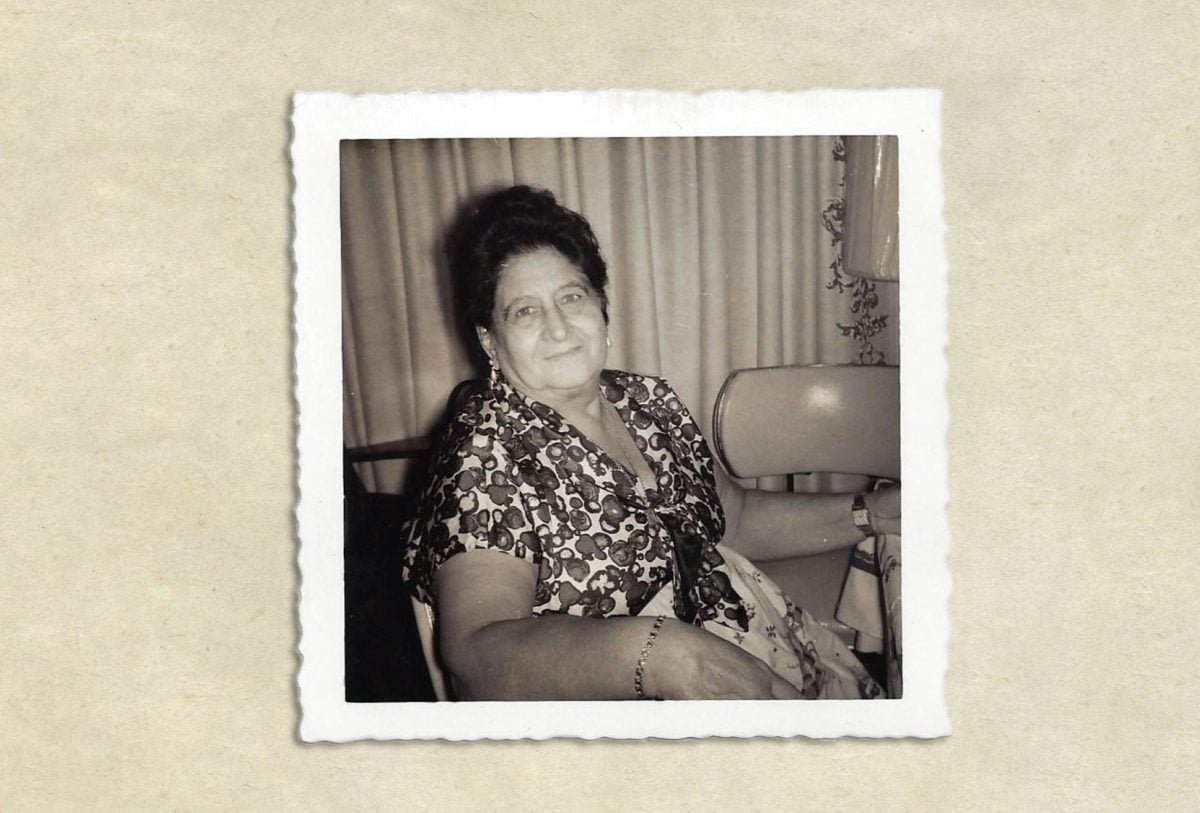 When I was growing up, my grandmother lived with us, or perhaps I should say we lived with her. In any case, my mother and father worked, and she cared for the kids and reigned in the kitchen. She was a force.

Although she arrived on Ellis Island from Sicily when she was a young teenager, she never learned to speak English. She didn’t have to. Her children spoke to her in the Sicilian dialect she taught them. Her grandchildren, who were very American, children of the sixties, did the best they could but, sadly, never really learned to speak her language.

However, as the eldest granddaughter in the house, I was her assistant. After church on Sunday, by her side at the stove, in my own little apron, I chopped vegetables, finely minced garlic, sliced onions, and formed the baseball-sized meatballs for our weekly Sunday dinners together. Her meatballs were uniquely Sicilian in that they contained raisins and pine nuts in addition to all the other usual ingredients.

Over the years I helped her make her version of many traditional Sicilian Italian recipes. They were delicious! She made rice balls, homemade ravioli and manicotti, brasciole, sphingi, wonderful eggplant, and holiday treats.

At some point, when I was in my twenties, I realized I had to record some of these family traditions for future generations. I had to capture holiday recipes — the things she always made, which we all took for granted.

We still could not speak each other’s language, but we could understand each other…sort of. She spoke Sicilian, which I mostly understood, and I spoke English, which she pretended to hear and understand. Somehow we managed. Nothing was measured in cups or ounces or tablespoons, but in pinches and handfuls, always carefully stirring with a big wooden spoon and adjusting while tasting. It was comical, I thought, both of us running around the kitchen, jabbering in different languages, with me running behind her trying to catch ingredients in my measuring utensils as they flew into the pot. Unfortunately, there were no cellphone videos or selfies back then.

The amazing thing was that I became a pretty good and creative cook. I am always conjuring up various dishes using things I think will go well together. These often include leftovers from the past two nights’ dinners and doggie bags from my favorite restaurants, as well as new fresh ingredients. My husband often marvels at some of my concoctions and calls them “grace-ipes” (rhymes with recipes). When he mmms and ahhs over some delicious morsel, I say, “Do you like that?” “Yes,” he answers. “Well good,” I reply, “Enjoy it, because you will never have it again. It is a grace-ipe!”

Granny is long gone. I don’t make many of those dishes anymore, but I still have some of her recipes in my heart, especially the meatballs. Still, I can’t resist changing things, just a little. 1. Prepare the sauce: Place a large saucepan over medium-low heat, and add the olive oil. When the oil is hot, add the garlic and sauté until translucent. Add the whole tomatoes and puree, crushed tomatoes, sugar, Parmesan cheese, Romano cheese, basil, oregano and bay leaves. Using two knives, coarsely cut up the whole tomatoes while they are in the pan. Mix well, and season with salt and pepper to taste. Reduce heat to low and simmer for 45 minutes to one hour. The mixture should be thick, but may be thinned with a little water if desired.

2. While the sauce is simmering, prepare the meatballs: In a large bowl, combine the ground beef, onions, garlic, breadcrumbs, Parmesan cheese, Romano cheese, raisins, and pine nuts. Toss lightly to mix. Add the beaten eggs, parsley, Italian seasoning, and salt and pepper to taste. Toss again to combine the ingredients thoroughly, but try not to compress the meat more than necessary.

3. With moistened hands, lightly shape the mixture into balls about 1½ inches in diameter. Place a large nonstick or well-seasoned skillet over medium-high heat, and add the olive oil. When the oil is shimmering, add the meatballs in batches; avoid crowding the pan. Brown the meatballs on all sides and use a slotted spoon to transfer them to the pot of simmering sauce. Continue until all the meatballs are in the sauce. Simmer the meatballs in the sauce for about 1 hour.

4. Remove pot from heat and allow to cool to room temperature. Transfer to a covered container and refrigerate. To freeze, transfer to one or more freezer containers, leaving about 4 cm (1½ inches) of air space at the top of each one. Seal well, and place in freezer. To defrost, place containers in refrigerator to defrost overnight. To serve, place the meatballs and sauce in a large saucepan over medium-low heat until sauce is bubbling and meatballs are thoroughly reheated. Grace Amore Savage currently resides in Sebastian, Florida where she spends her time landscape painting, butterfly and vegetable gardening, and cooking for her gracious and appreciative husband, Jim.