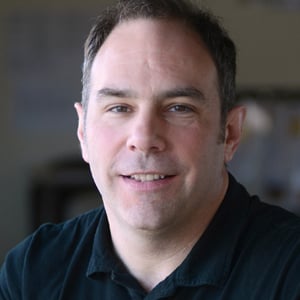 Matthew Dicks is an author of four novels and a rock opera. He's the producer of the story-telling organization Speak Up. Cooking over a flame Courtesy photo

It’s the fall of 1983. I’m a Boy Scout who has spent hundreds of days and nights camping outdoors.  Real camping, too. In the middle of the forest, in tents and oftentimes in shelters built from logs and pine boughs and twine.  No electricity. No plumbing. Many times no trails or clearings at all. We would simply walk into the woods for two or three hours, stop, and camp.

Boy Scouts is the thing I do that I love the most. It’s an opportunity to be independent and self-sufficient.  It’s a chance for me to learn about leadership and tenacity and grit. It’s quality time spent with the best of friends.

My troop is planning another weekend camping trip. I have to plan for three days’ worth of meals before heading off into the woods. Meals that will be cooked over an open flame. No gas stove. No propane grill. Just wood and flame and stone.

I have an idea for something new:

Pizza. I want to cook a pizza over an open fire.

In all my years in scouting, I’ve never seen anyone attempt this.  I have a sense that it has never been attempted in all of human history.  Of course, I’m probably wrong. It’s probably been attempted many times before this, but in 1983, there is no internet. The world is not yet small. If a Boy Scout in Wyoming or a chef in Norway has perfected pizza over an open flame, I have no way of knowing this. I know it’s hard to remember a time before universal connectivity, but prior the internet, a great deal of news and knowledge was local. There would be almost no way of learning about that Wyoming Boy Scout or that Norwegian chef.  Even if there were cookbooks specifically written about campfire pizza, I would need to find a bookstore that carried one of these books and then stumble upon it in order to know that it even existed.

The world before the internet was a small place with vast amounts of undiscovered country. I felt like an explorer embarking on an exciting new adventure.

I also had a plan. An idea for campfire pizza. A clear and specific vision for cooking pizza over an open flame:

My thought was that this contraption would create an oven that would cook the pizza evenly and quickly. The stones on the bottom of the pot would prevent the bottom of the pizza from burning by slowing the conduction of heat to the flat-bottomed bowl. I thought that if I hung the pot high enough off the flame, I could achieve an even distribution of heat and a well-cooked pizza.

I could buy a frozen pizza from the supermarket freezer, but ideally, I would also prepare the pizza onsite as well. I would make the dough before leaving home and pack it alongside tomato sauce and toppings that could be applied at camp.

I could see it all in my head. I was certain that it would work. I would be the first person in the history of the world – which is to say the world that I knew – who ate pizza while camping.

I would be a culinary hero. A pizza cooking merit badge would established in my honor.

A chapter in the Boy Scout handbook would be devoted to campfire pizza.

Then I didn’t do it. I never put my plan into action. To this day I’m not sure if it would’ve worked.

I didn’t always have enough to eat while growing up. I was oftentimes hungry.

In truth, I was persistently hungry.

The combination of growing up in poverty, coupled with parents who oddly hoarded food like a precious commodity and didn’t spend a penny more than necessary on anything caloric kept me hungry for much of my childhood. The free breakfasts and free lunches that I ate at school did little to satiate my persistent hunger pains.

As a result, purchasing food for a camping trip was a stressful process for my family and me. While my friends brought enormous amount of food – including snacks of every kind – I could afford to only pack the essentials. Just enough food to get me through the time I would be away at camp.

As a result, I couldn’t risk trying something new and failing because if my pizza were inedible, there would be no Doritos or bananas or Fruit Roll-Ups to hold me over until the next meal.

I would be hungry. And since I was always a little hungry, that hunger would be especially hard, particularly in the woods where the work was constant and calories were burned quickly.

It’s perhaps why I am a less adventurous eater than many people I know. When you’re a child who enters every restaurant already hungry and are asked to choose an item from the menu, you are much more likely to make your choice based upon the amount of food that you know a dish contains and the likelihood that you will be able to eat every item on the plate. Though I wouldn’t have expressed it in these terms as a boy, I was constantly making food decisions based upon maximum caloric intake over variety or novelty.

As a result, I chose pasta as a child. I chose hamburgers and fries.  I chose pizza. I ate sandwiches and potato chips and bread. I opted for carbohydrates over vegetables and fruits. I looked for foods that made me feel full.

I avoided dishes with things that I didn’t like, even if I liked most or almost the entire dish, because wasting any amount of food seemed unconscionable to me. I avoided foods that I had never eaten before, in fear that I might not like them and miss an opportunity for a good meal.

And I avoided cooking pizza over an open fire in fear of failure and an ever-growing hunger in my belly.

Instead, I did the usual. Hotdogs. Baked beans. Baked potato.

We make our decisions about food based upon many factors, and many of those factors are unseen by the world. My Scoutmaster and friends didn’t know that I was hungry as a boy. It was a secret that I kept hidden away from the world because not having enough food as a child is embarrassing. Being hungry is shameful.

Sometimes we can outgrow these childhood fears and the resulting habits, and sometimes they become a part of us, as integral to our being as our blood and bones.

Today I have more than enough food. My refrigerator is full. My pantry is well stocked. I can eat whenever I want. My children are well fed.

But those years of food insecurity have not left me completely.  They still inform my decisions about food today unless I force myself to veer from what my mind and heart are telling me to do.  I know with great certainty that I have more than enough to eat, and yet I catch myself falling into the same habits that I did when I was boy who was always a little hungry and always a little afraid about where my next meal was coming from.

Matthew Dicks is the author of the novels Memoirs of an Imaginary Friend; Something Missing; Unexpectedly, Milo; The Perfect Comeback of Caroline Jacobs; and the rock opera The Clowns. He is a 10-time Moth StorySLAM champion whose stories have been featured on the Moth Radio Hour and their weekly podcast. He’s the producer of Speak Up, a Hartford, Connecticut (USA)-based storytelling organization. He is married with two children, Clara and Charlie.