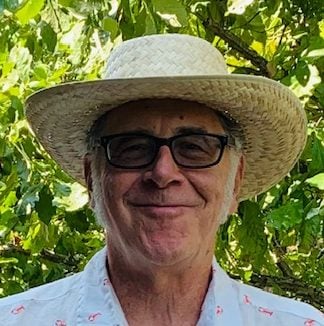 Typical yellow cab of the 50s, 60s in a old american town

When I grew up in the ‘fifties, in metropolitan New York City before it was cleaned up and gentrified, we had red sauce Italian restaurants in every neighborhood. The humble fare that we devoured was the indigenous cuisine of southern Italy, primarily spaghetti and meatballs — in red sauce, of course — or its cousin, spaghetti with meat sauce, Bolognese, if you will.

Pizza pie, as we called it, came later, and photos of customers struggling to eat it lined the walls at Dell’s cuisine, where I learned to master the technique. That stringy cheese and drippy olive oil burned many young chins and stained our shirts. But it was worth it. As the popularity of Italian food proliferated, we were introduced to ravioli with cheese or meat. We had more choices, and our indecision at the table is probably why they call food servers “waiters.”

Soon we learned about veal parmigiana and its variations with chicken and shrimp. Restaurants serving these dishes were so popular adventurous diners traveled in from the ‘burbs, and everybody had their own favorite.

New Yorkers argued about whose local joint was the best, and New Yorkers who were stricken with “New York bestosis” argued about every single entrée in every restaurant. They were not just happy to eat what they enjoyed but were compelled to tell their dining companions that the best was actually available elsewhere. “If you think this veal is good, you should have it at Mario’s” It was a compulsion that left many helpless.

Authentic Southern Italian family-run restaurants were easy to find in every town and village surrounding the city, especially on Long Island where I grew up. In the fifties my family went to Ray’s in Little Neck. Ray’s was so “old school” the waiters didn’t wear deodorant, but their body odor did not diminish our lust for garlic, tomatoes, and clams. At home we experimented with canned clam sauce, adding extra oregano, basil, thyme, rosemary, hot pepper flakes, and grated cheese from a green cardboard shaker from the supermarket. The result was a sauce that smelled like ripe Italian waiter body odor.

When we matured and became mobile, we explored neighborhood joints in and around the five boroughs, and everyone had their favorite. When I became a salesman, my Mafioso customers in the Bronx took me out to a joint they owned on Allerton Avenue. On the way there, pompadoured Bobby in elevator shoes asked me if I liked clam sauce. “Yes,” I said. “Red or white?” he asked. He seemed so serious I could only hope my answer would be correct. “White,” I said. He approved.

“Do you put cheese on it?” he asked. “No way.” I was feeling confident. “Cheese on clam sauce don’t go,” he agreed.

Over the years I found that linguini in white clam sauce was the acid test for an Italian restaurant. I had it so often in the joint near the office I shared with my father that we had our own table and didn’t have to order when we came to lunch. I became a good home cook and specialized in Italian seafood. Despite my early pledges to Bobby, I developed some recipes that he might not have liked, but that made my own family happy. Now I cook mostly for my wife, but my kids grew up on my cooking and now it is their comfort food.

Recently my daughter came home from Mexico with her husband, Javier. They are house-hunting in the Hudson Valley of upstate New York. When my wife and I visit them in Mexico we explore the indigenous cuisine of the region where they live and in the magical villages in the surrounding mountains. The food is great. When they came to dinner last night, I prepared some of the indigenous cuisine of Metropolitan New York: cod with clams in an Italian puttanesca sauce, though I don’t recall ever seeing exactly what I made in any restaurant. This dinner is great for entertaining because you can prepare it mostly in advance, and when the fish is ready there is no rush to prevent overcooking.  It is nice served warm and doesn’t have to be piping hot, especially in summer. If you like wine, this meal goes well with dry white wine and its flavor is strong enough to stand up to a fruity red.  I actually had mine with a Cascara iced beverage that my kids brought in from Mexico. It is made from the coffee berry and even without sweetener, tastes sweet and delicious, fruity, like a fine wine and dry like unsweetened iced tea. It packs a mild caffeine buzz.  I don’t think it is available yet in the United States.

For the brown rice:

For the broccoli rabe:

For the clams and cod:

*I have found that pure spring water or filtered water provides much better flavor than even the best-tasting tap water.

2. Simmer for at least 1 hour, stirring every 20 to 30 minutes; for the most mellow flavor, simmer over very low heat for about 3 hours. Remove from heat and set aside.

3. For the brown rice: Put dry rice into a rice cooker and add the spring water. Cook according to appliance directions, and keep warm until serving. While the rice is cooking, prepare the broccoli rabe.

4. For the broccoli rabe: In a large skillet over low heat, warm the olive oil and add the garlic. Saute until soft and fragrant but not brown, 2-3 minutes. Add sun-dried tomatoes, stir, and remove from heat. Season to taste with black pepper. Pour into a serving bowl and set aside the unwashed skillet.

5. Place the broccoli rabe into a steamer and cook just until bright green and the stalks are tender, 3-5 minutes; be careful not to overcook. Add to the serving bowl and mix well; cover and set aside.

6. For the clams and cod: Return the pan of tomato sauce to low heat, and add the clams; they should open after about 4 minutes. Meanwhile, season the cod fillets with paprika and black pepper. Return the skillet to medium heat and heat until a drop of water tossed in bounces up. Add the fillets with seasoning facing up and allow to sizzle for 1 minute. Add capers, potatoes, and vermouth, tilting the pan to allow the vermounth to cover the bottom. Cover and cook over low heat until the fish is white, opaque, and flaky, 3-4 minutes.

7. To plate and serve: Using spatulas, transfer the fish to a deep warmed platter. Top with tomato sauce and the opened clams. Serve the broccoli rabe on the side.

Steve’s entire professional career has involved selling high quality cookware and chef’s tools. He worked with and dined with Craig Claiborne and Dr. Ernesto Illy. He has insisted on quality and personally tested all his products. In addition to hosting retail events he has trained instructors at CIA, Peter Kump and Natural Gourmet Cooking School. 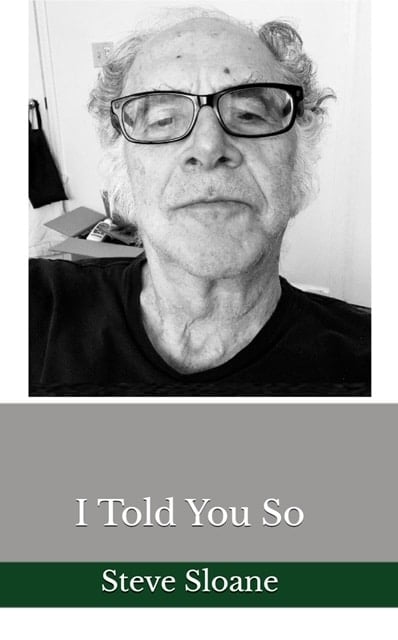