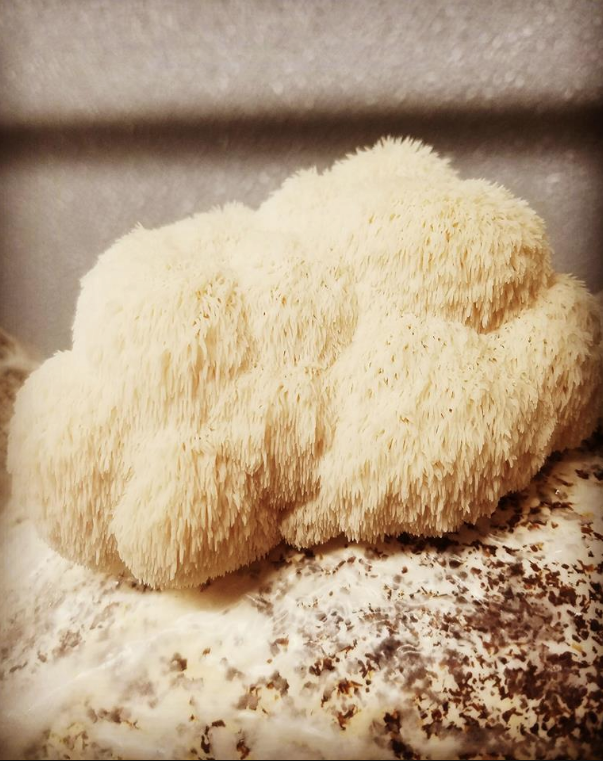 Lion’s Mane mushrooms, also known as Pom Poms, look like large fuzzy irregularly-shaped balls. They have a meaty texture, and add a nice earthy flavor to tomato sauce. They can be simply chopped and added to sauce, but taking the time to brown them first will impart a sweeter and richer flavor.

In this recipe we like to use passata, which is an uncooked tomato sauce often sold in glass bottles. Passata, common in Europe, is increasingly available in American supermarkets, but canned tomato sauce will also work well.

2. Raise heat to medium-high. Add the chopped mushrooms and stir until they are softened and beginning to brown on the edges, about 5 minutes.

3. Add the passata, oregano, and bay leaf. Season to taste with salt and pepper. Depending on the natural sweetness of the tomato sauce, you may wish to add a bit of sugar. Stir well and reduce heat to low.

4. Reduce heat to very low. Cover and simmer, stirring occasionally, for 30 minutes. If the mixture is very thick and appears to be sticking to the bottom of the pot, add a little water as needed. Remove bay leaf before serving.